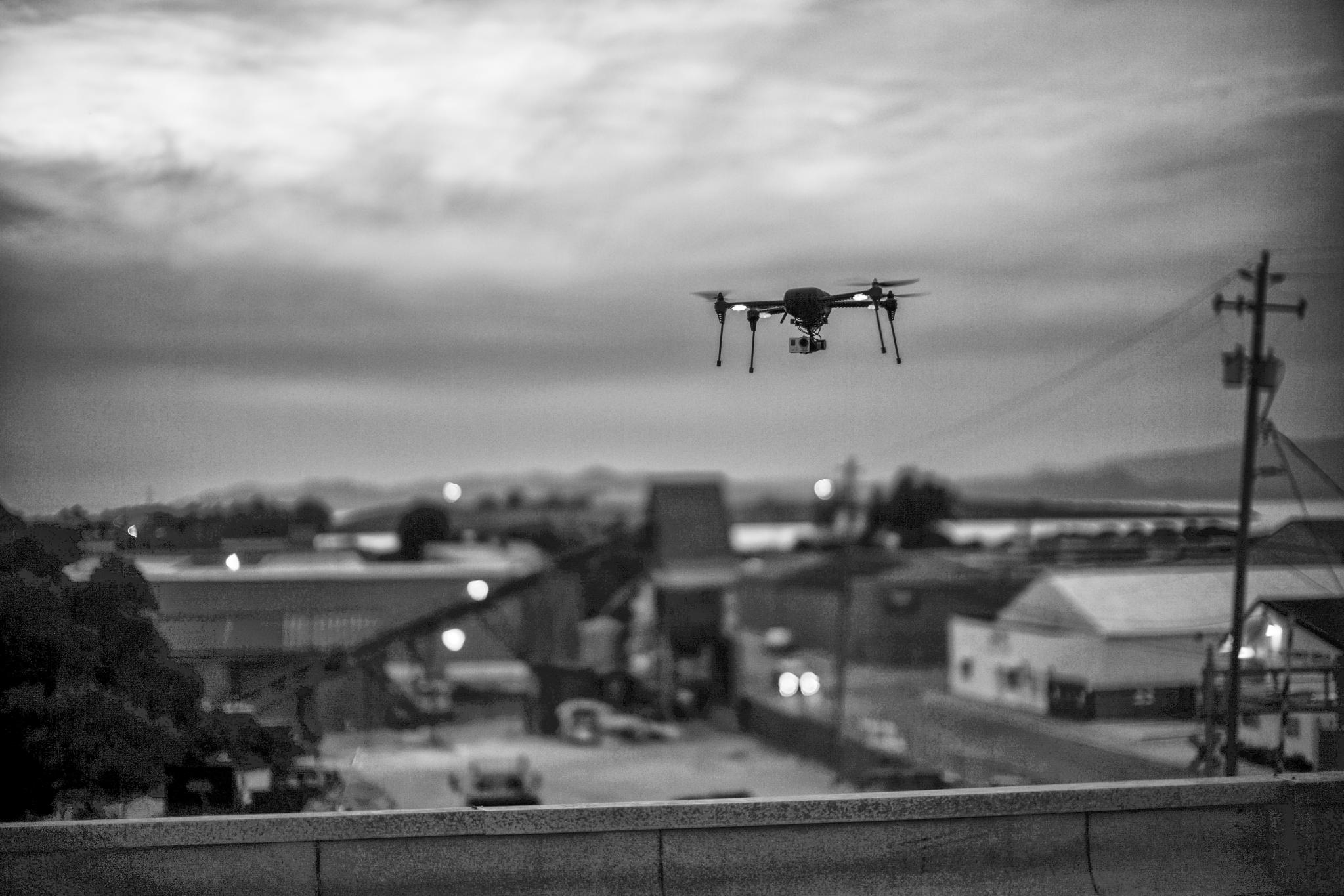 UAVs, or drones as they are popularly known, have crossed over from defense deployment to business solutions and are becoming mainstream for survey and inspection. This note looks at its how UAVs are transforming into powerful tool for business application.

Construction industry is leading the charge for drone adoption, as though making up for lost time and productivity from being the one of the least digitized sectors. Its use of drones has grown by 239% annually, as compared to 198% in mining and 172% in agriculture, per a commercial drone trends report by DroneDeploy1. Manual inspection and measurement to satellite and aircraft imagery is now being replaced by drones, bringing in improved data accuracy, speed to processing and better productivity. They are also enhancing safety measures by eliminating manual inspection from dangerous areas.

Spokane Public Works Department, Washington got approval to use drones for inspection across projects like water main breaks, construction and landscape analysis. It expects this to not only improve employee safety but also bring speed to works. McCarthy Building Companies’ first drone assignment was to survey the Children’s Health hospital in Plano, Texas for aerial site photography. Abu Dhabi City Municipality trialed the use of deploying drones for engineering inspection for sites under construction, and is keen to expand its uses. Far out in Japan, Komatsu is using drones to survey and monitor construction sites, generate maps accurate to 5 cm., monitor stockpiles, and control its under-development robot construction vehicles.

Arial drone inspection is being applied to every conceivable use. Con Edison of New York tested it as far back in 2016 to inspect its steam system plant which otherwise would have required a 10-storey scaffolding. ABS groups too deployed them in 2016 for wind turbine inspections, which otherwise is high-risk, costly and time consuming. AT&T reported success with its trials for cell tower inspection and propose to integrate it into operations, given the safety and data accuracy outcomes. It is also helping with bird nest evaluations on cell towers thus helping mitigate situations where a protected species may be nesting. CPS Energy is putting them to inspect transmission towers across high voltage power lines.

As enterprise use cases have evolved, so has the regulation over their use. While many countries require the pilot to operate the drone within the visual line of sight (VLOS), thus limiting long range application, others, including the US, Canada, UK, Brazil, Germany, UK, China and Australia, are restrictively allowing applications beyond VLOS. India, which had banned use of drones in 2014, is now opening up to its legalized use from Dec. 2018. Singapore’s Civil Aviation Authority and Ministry of Transport has engaged the Future Flight Consortium to develop an air traffic control system for UAVs, which will allow beyond VLOS operations as well. All of this is making drones a $100 billion market opportunity between 2016 and 20203. While military use remains the predominant market, Goldman Sachs estimates the fastest growth to come from business applications and civil use by governments. Construction and agriculture are likely to lead deployments as they try to weed out inefficiencies, improve speed and enhance security.

Chinese players are making a mark, with DJI, or Dajiang Innovation, of China considered to be a major manufacturer and much ahead of other vendors, with a 70% market share4. Zero Zero Robotics (China), 3D Robotics (US), Yuneec (China), Parrot (France), and Hubsan (China) are prominent players reporting industry uptake and new applications. This has spawned a number of start-ups vying for a slice of the market. And has been supported by significant investor interest, with an array of drone companies, from mapping services and drone insurance to drone as a service and drone manufacturers, getting funded. PrecisionHawk, 3DR and Zipline are notable for raising multi-million dollars in funding as they vie for pole position in an emerging market. And this is amped by DJI of China reportedly looking for $500 million in funding before a rumored 2019 IPO debut. PitchBook5 reported  VC investments of $1.2bn alone in US-based start-ups of drones and robotics in 2017.

The speed of market adoption has been such that many commercial drone applications are no longer a novelty. Their use for conducting surveillance over short-ranges and facilitating labor-intensive tasks is considered as having matured6. This mainstreaming will see drone being applied for inspection across applications like in aviation for aircraft fuselages inspection, in maritime as a survey methodology for bulk carriers and container ships and for confined space inspection to reduce human hazard. To that extent, survey and inspection, hitherto a manual, time-consuming, and many-a-times a risky proposition, stands transformed by the ongoing march of tech applications.