As Virtual Reality takes hold globally, Polish companies are stepping up their game, putting it to use across a spectrum of applications many of which are beyond use cases. Will this be another tech lever for Poland to consolidate its reputation? This note looks at what VR startups are up to in the country.

En route from Warsaw to Netherlands, I closed my eyes, as the plane lifted off, only to relive my first VR experience – “Santa Claus Ride VR solution”. A Coca-Cola advertising campaign created in Warsaw, the immersive experience had me coming back for a few days afterwards. That famed campaign was the work of Lemon and Orange of Poland.

VR and AR, both emerging platforms, are generating the kind of interest once reserved for video game consoles and smartphones. Though different and with varying applications, the exuberance has afflicted both the consumer and enterprise markets. There is global interest in the technology, spawning an increasing number of start-ups, sales of VR gear, developers working on these platforms and the much-analysed Facebook acquisition of Oculus for $2 billion in 2014.

Not to be left behind, a lot of smart investment money is chasing deals to get an early foothold on what could potentially be an $80 billion opportunity by 2025, per Goldman Sach’s forecasts. Opinion makers claim that VR/AR tech will become part of our lives – sooner than later.

Europe is reported to be home to 487 VR companies and growing. Countries like Netherlands, Finland, Ireland, UK, France, and Germany, among others, are working to establish themselves as the hotbed for this phenomenon.

The Polish market is doing its own bit to bring out VR solutions. Back in 2011, Internet Investment Fund announced an investment in Future Reality Games, developer of ShootAR, the augmented reality game. The country has taken VR a step further and, in 2015, cardiologists at the Institute of Cardiology, Warsaw, used Google Glass’s VR imaging to treat a blocked coronary artery.  Continuing the nation’s focus on technology and building ICT as the next driver of growth, the Warsaw University of Technology established the Virtual Reality Laboratory in 2016, an outcome of cooperation between the Faculty of Mathematics and Information Science and VR First. 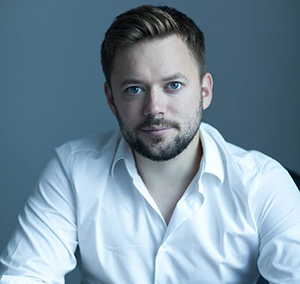 Piotr Baczynski
CEO, Immersion
Piotr Baczynski, CEO, Immersion, believes Poland was one of the first markets to adopt the new generation of VR. He states, “When I started Immersion in early 2014, I found Polish entrepreneurs among the most interested in VR. It might be because polish companies are trying to compete with western businesses that are perceived as more innovative.” Home grown companies like Modecom, Cmoar and Vrizzmo were one of the firsts to introduce VR gear in the country. Companies are clear that, though VR hit the road with gaming applications, a wider adoption will follow.

Krzysztof Wójciak
CEO, Modecom
According to Krzysztof Wójciak, Managing Director of Modecom,” VR technology is much more than just entertainment… this solution will be use not only for game but also communication, military, medicine, tourism and many other area of business. In Poland, nobody doubts that VR technology will change the world and we have to support it as much as we can.”

Bogumił Jankiewicz
CEO, Disco WTMH
Folks at DISCO:VR continue to reinforce the faith in Polish tech prowess and VR/AR as the next platform to build the country’s digital engine. They say, “We have very talented developers and programmers, who (can) conquer the B2B and B2C markets with their products and services. More and more of them are becoming interested in solutions based on AR/VR or mixed reality, and we are sure that within a few years the virtual reality will be present in many spheres of life making it easier. In addition, our economy is in great need of innovative solutions in order to catch up with Western Europe. AR and VR can be a great way to get there.”

The country’s appeal got a bit of celebrity dash when the Duke and Duchess of Cambridge tried VR headset on a visit to the Heart business incubator in the Warsaw Spire building. Still further, the world’s first VR esports league will hold its World Championship at IEC Katowice in 2018. The excitement is kept alive by industry events such as VRAR European Congress 2017, to be held in Warsaw, which brings leading minds together.  And further fuelled by the likes of DISCO:VR operating the biggest VR game room in Poland and brining a chain of VRcades. DISCO:VR has followed this up with prototypes of its DISCO 1.6 VR Treadmill, first multidirectional treadmill with VR movement controllers on the Polish market, to mark its entry into the hardware market. Not short of global ambitions, it is planning to follow up with a VR-bike. 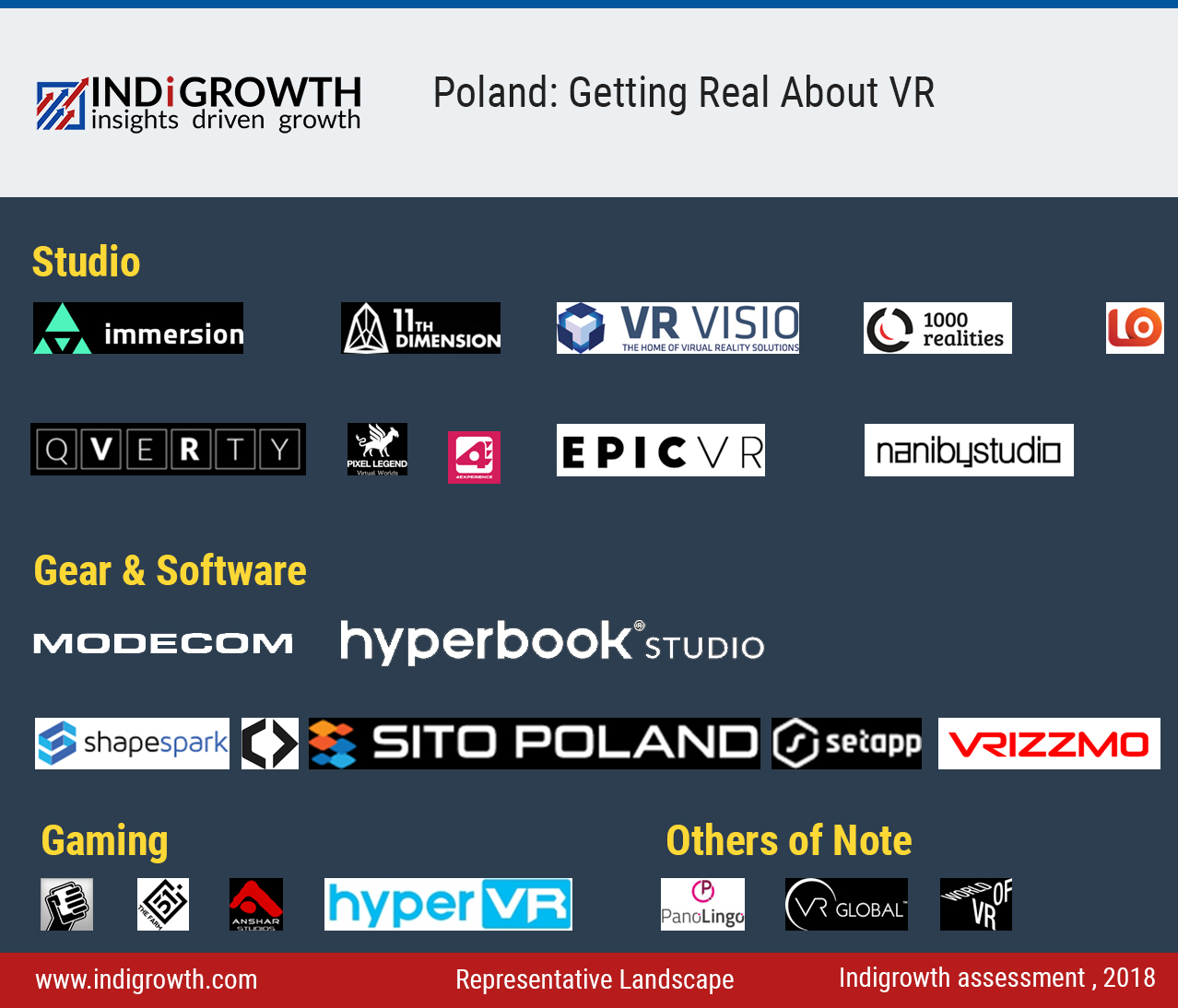 VR is also making it to enterprise adoption. Ghelamco had Immersion make the VR application for its Warsaw Spire building, a prominent office development in the capital city. Other companies active in this space include Qverty, VR Global, as well as VR VISIO. And this being extended to interior applications with companies like Shapespark enabling web based 3D architectural visualization. Further, Farm 51 is working with Polska Grupa Zbrojeniowa/Polish Armaments Group on use of VR/AR for development of simulators and trainer.

Such is the appeal of VR that most business trade shows and tech events in Poland either have an VR discussion or stands showcasing VR solutions.

Poland is taking it further by making VR an immersive channel to experience history. The Palace of Culture and Science (PKiN) offers tourists a VR tour through the “History Horizon” that allows views of Warsaw from the 11th, 14th and 16th century as well as the destruction that followed the Warsaw Uprising in 1944. It was partly the contribution to PKiN that positioned Immersion to emerge as the official VR developer to bring historical stories to life for The Newseum in Washington, D.C.

As compared to VR, the AR scene in Poland is yet to exhibit marquee projects. Part of this owes to Android dominating (90% share) the Polish mobile OS space. And Android just released its ARCore platform in August 2017 and expects wider availability across devices by end of the year. “Poland is almost 90% Android, so I expect AR to be big as soon as Google ARCore AR platform becomes common among flagship Android phones”, says Piotr Baczynski of Immersion on the impending push to AR applications.

With Gartner positioning VR on the slope of enlightenment (that’s when enterprise applications start to crystallize and become more widely understood; AR is still in the trough of dillusionment), Poland may just as well push its way into the centre of VR activity.